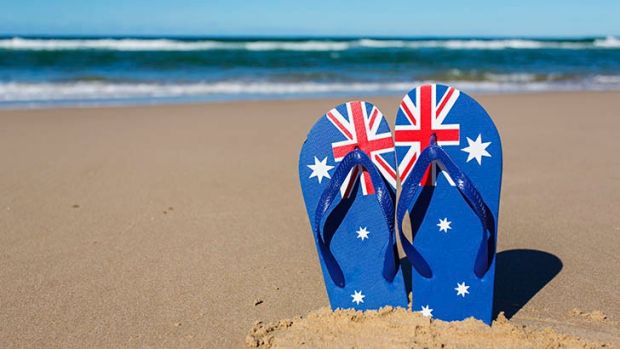 Flip flop is the American term for what we call thongs. But in googling ‘thongs’ looking for an image to go with this blog, I got an entirely different set of images….

If you have been trying to follow the Federal government’s changes to superannuation over the last few months, you would be forgiven for having a headache. There has been an awful lot of flip-flopping.

If no immediate tax benefit, why make a non-concessional contribution?
The main reason is that a super fund is a lower-tax environment in which to invest the money used to make the contribution. Earnings within a super fund are taxed at just 15% on income (rent, dividends or interest) and just 10% on capital gains for assets held for more than 12 months. And that is while the fund is in accumulation mode. Once the fund commences paying a pension (which in most cases means when the member turns 60), earnings are not taxed at all. From the point of view of tax, super is superb!!

Now let’s imagine you establish a self-managed super fund (SMSF) and make a non-concessional contribution of $300,000 into it. The SMSF makes the exact same investment. The $15,000 in dividends give rise to tax of just $2,250 (tax rate is 15%). This is less than half the tax you would pay if the investment was made in your own name.

This table summarises the situation

Plus
If you have already turned 60, you don’t even need to be retired from work to start taking a private ‘pension’ payment from your self-managed super fund.

At this point, there is absolutely no tax to be paid on either the dividend income or any capital gains if you then chose to sell some or all of the shares. No tax on income or capital gains in this ‘pension phase’ creates $10,000’s if not $100,000’s of tax benefits on top of the $66,000 tax saving above from one single $300,000 investment made 20 years prior.

The May 2016 Budget
Under the rules that applied before the Budget, a member could essentially contribute $540,000 in non-concessional contributions into a super fund every three years. They could do this until they turned 65. There was no absolute limit: as long as the person did not exceed $540,000 in the three year period, they could repeat this every three years until they turned 65.

The Flip Flop
A couple of weeks ago as referenced in this article the Government announced a change to its most recent change. That is, the Government flip-flopped. They announced that there would now be an annual limit of $100,000 of non-concessional contributions per member. This would again be allowed to be smoothed over three years, such that the limit is effectively $300,000 per member per three years. And the changes take effect on 1 July 2017, meaning that the limit for the current financial year is now back to $180,000.

Government Encouraging Super
From the overall policy perspective it looks like the Government is saying that it will offer maximum encouragement to people to acquire superannuation assets, until those assets reach a level that is twice the assets threshold for the aged pension ($1.6 million).

Super benefits of this size will mean that the member stays away from the aged pension – which is why the Government encourages super in the first place. But once the super assets rise to the level where the aged pension is off the table, the tax incentives fall away.

A Good Idea for Most
Most people have much less than $1.6 million in super. This means that non-concessional contributions remain a very good idea for most people. This is especially the case if you receive a lump sum amount, such as an inheritance or the sale of an asset such as your family home.

So, if a life circumstance has created or may create a situation where you think you could make a non-concessional contribution, contact us today to make sure you invest to achieve the maximum result for your circumstances.

Proposed Changes to Pension Entitlements From 1 January 2017, changes will be made to the…

Investing with all Five senses

When it comes to investing, we can look to nature to help us make decisions. …

Self Employed? Consider your own SMSF

Self Employed people either by inclination, personality or training are typically independently minded and self-motivated.…